Daniel Rosehill is a marketing communications consultant based in Jerusalem.

Daniel immigrated to Israel from Cork, Ireland, in 2015. His career, to date, has involved managing marketing communications at technology startups. He now provides these services on a consultancy basis. 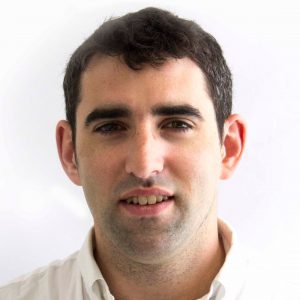 Daniel’s many and varied geeky interests include Linux and open source; digital preparedness and high availability connectivity; and cloud computing. His writing has been published in Linux Magazine, Entrepreneur, Marketing Profs, and Geopolitical Monitor, among other outlets of variable repute.

Before moving from a city almost bereft of Jews to the Jewish capital of the world, he contributed a popular column to Irish Central and The Irish Voice — coverage included the goings-on at Irish dancing competitions in Florida and a Killarneyman’s failed attempts to stream the GAA finals from Brooklyn.

In his spare time, Daniel runs a small YouTube channel to learn more about video and media production, samples craft beer and ethnic food, writes some random musings on this blog, and probably takes insufficient exercise.

Daniel holds degrees in Political Journalism from City University London (MA) and an undergraduate degree in Law from University College Cork (BCL). He got out of the legal game because the money in writing was too good.

For (most of) Daniel’s life story (migrated here from the old blog), click here.

For more details, and for a link to a contact form (which will be responded to by a person pretending to be a PR representative but who is really just Daniel), visit DanielRosehill.com.